Where Has The Time Gone?!

So.  It's been forever since I last posted.

And no, I haven't forgotten about my blog.  But as New Year's Eve rounded the corner, my schedule filled up and I've been running ever since!

During the first week of January, I attended my first session for the Kansas Association of Realtors' Right Track Leadership Academy.  Just 13 Realtors from across the state were chosen to participate in the year-long leadership academy.  It's an honor I'm not taking lightly--not all applicants were accepted, so I know I must appreciate the opportunity that's been given to me.  But after the first session, I could tell it was going to be a great fit!  In fact, it appears that I have a newly-discovered distant cousin in the class--talk about a small world!

When I returned home from the academy, it was time to list a house!  It's a beautiful home in Westmoreland, KS and frankly, I would LOVE to have their basement!!! 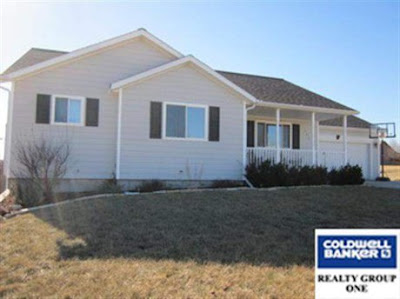 And then it was time to pick up a client from the airport.  She flew in for the weekend and our goal was to find her a house.  Talk about INTENSE!!!  But we did it!  This beautifully renovated home will soon be hers! 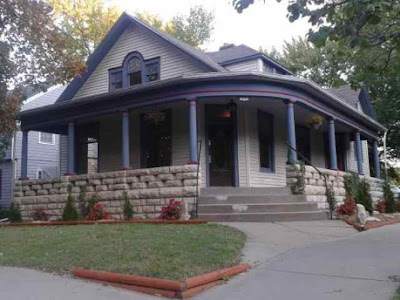 Just as the negotiations were wrapping up for that ^ house, a great new starter home came on the market.  Our market had suddenly picked up and other buyers had beat us to other properties.  Lesson learned.  I knew what had to be done.  My client and I stayed up until 11:30 on a Friday night writing the offer, but our commitment worked--she got the house!

Then, at 8:00 the next morning, I was back in the office to meet with more clients and a builder.  They decided it was time to move forward on building the custom home of their dreams, and it is based off of this house.  It is VERY time-consuming to work as an agent on a custom home, but seriously, I can't wait to see the finished product!  And to see the smile on my clients' faces when they receive the keys on closing day! 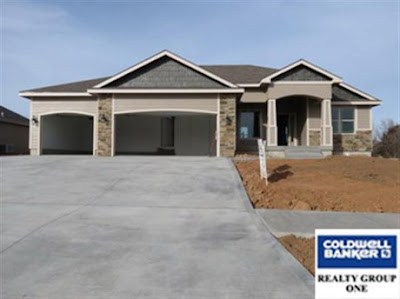 And then just this week, I listed another great home just minutes away from town.  The house sits on nearly 4 acres and you can even have your horses out there!  I've known the owners since I was a little girl, and even in the wildest of dreams, I never could have imagined that someday I would have the privilege of listing their home! 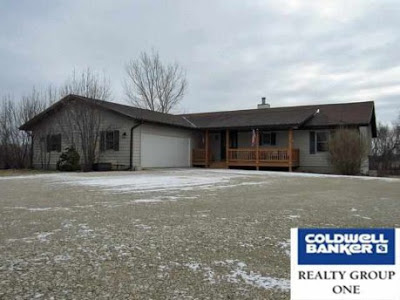 There's still plenty more activity going on in the real estate world, but not always of a positive note.  I had buyers cancel contracts on two of my listings, negotiating offers on other agents' property that never came together, clients who ran into issues after they got pre-qualified, plans that went from building a custom home to waiting for the perfect "existing" home to come on the market, etc.  I've had as many failures in the past 6 weeks as I've had successes...but ya know, that's just how real estate goes.  If it was an easy business, Realtors would have become extinct a LONG time ago!

Aside from work, we still manage to have SOME fun!

One weekend in January, K-State hosted their "Legends" weekend for the Men's Basketball program.  We went to the game, and Justin was recognized at half-time with all the other "old guys"...I think he enjoyed it!  After all, he proudly wore his "Alumni" shirt for the occasion!  I know it sounds sappy, but I am SO happy that he had basketball in his life.  Not only did it allow him to see the world and develop leadership skills, but it helped him receive a first-class education!

And on a related note, Justin just started his "coaching" gig with a team of 7-year old boys through the local Boys and Girls Club.  Thus far, he's already loving it and identifying his future All-Stars basketball team!

In the meantime, we continue to help with our Youth Group...in January, we gathered to learn about and bake Epiphany Cakes for the Sunday coffee hour. 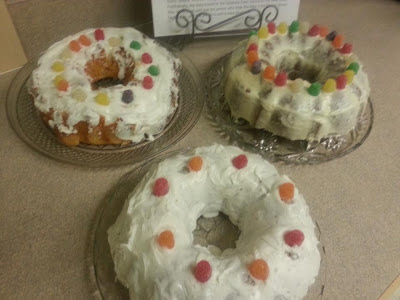 And then this month, we started a new tradition!  We gathered after the meal on Shrove Tuesday to burn last year's palms from Palm Sunday.  The ashes were then used at the Ash Wednesday services.  Anytime you combine teen-agers and flames, you know you're bound to have a good time! 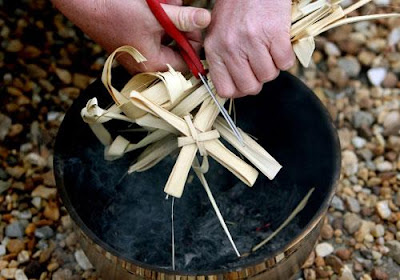 And most recently, we celebrated Valentine's Day!  It was kind of nice because the last time we tried to celebrate our relationship, we missed the concert because Justin was gone with the railroad.  But, now that he's back with Asplundh, we didn't have to worry about any conflicts!  I ordered a cake for Justin from the gal who made our wedding cake--and he LOVED it!  And then I surprised him with some crazy log-wedge-splitter thingy that he saw in one of his catalogs a few weeks back...and some fancy-smancy "working man" underwear!  Ha!  He rolled his eyes when he saw them, but so far, he seems to agree with their commercial (which you can play below)! 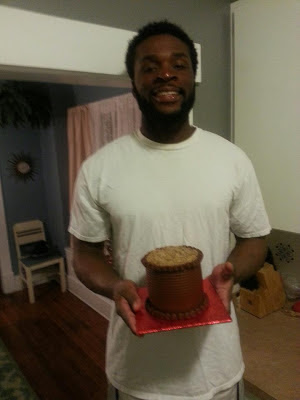 And what did I get???  A steak dinner--that Justin COOKED!  Plus, a new purse--which I kinda expected.  The handles on the purse I had been carrying were breaking, and it was becoming quite embarrassing!  But then he REALLY surprised me.  He went to the jewelry store and bought me an absolutely beautiful necklace.  He hasn't bought me any jewelry since my wedding band, and after hinting for several years that I'd really like a cross-shaped necklace, I had given up any hope of him buying me another piece of jewelry.  But then he turned around and surprised me!  Knew there was a reason for liking the guy ;-) 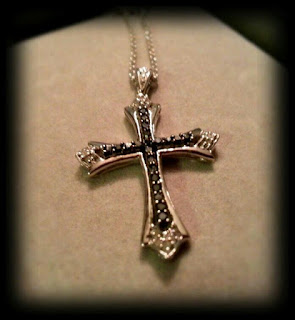 Aside from that, there's not a whole lot of other new "news" to report on!  It looks like nothing but work in my near future, but that's okay--gotta pay the bills somehow!  Until I find my money tree, I'll just have to do a better job of blogging more often :-)