I have to admit...it was kind of fun to write the post about our wedding's Save the Date card.  I won't bore you with every single detail of our wedding (it was just 1 year ago this month!) but I will highlight a few things over the next few weeks...especially those wedding "things" people tend to get excited about.

To begin this post, I need to admit one more thing.  I was NOT the most traditional bride (is anyone surprised?!) and when it came time to pick all the music, I definately wanted to avoid all the traditional songs.

Rather than using the usual, "Here Comes the Bride" ditty (which made me want to gag), I entered to Grand March by Verdi.  It was more unique and frankly, our pipe organ can take people off guard!  This song was much better suited to my personality and wouldn't scare people half to death :-)  Oh...and for your listening pleasure, I have included YouTube videos of each musical selection! 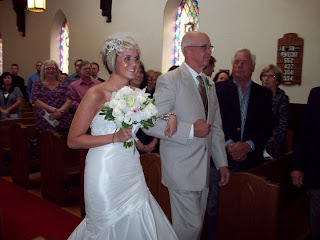 Once we got to the reception, we opted not to use another overly common entrance song--any pump-'em-up song that you would hear at a K-State game.  Yes, it would have been totally appropriate for us but again I didn't want something so predictable...plus, we weren't having a dance so this would have to be "our song" of the night.

What did we pick???  "You Rock My World" by Michael Jackson!  Justin wanted so badly to dance at our wedding so once we walked into the depot and posed for a picture, he started busting out his dance moves! Nobody was expecting it and it turned out AWESOME!!!  His surprise really set a fun, lighthearted tone for the rest of the evening. 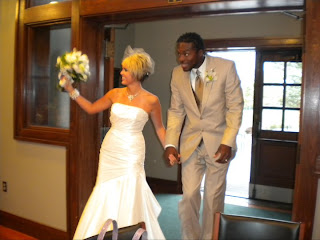 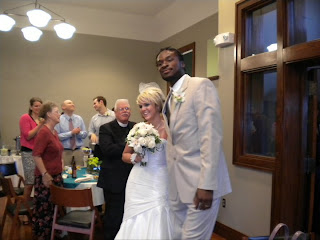 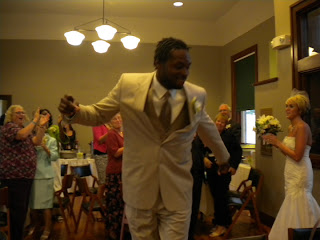 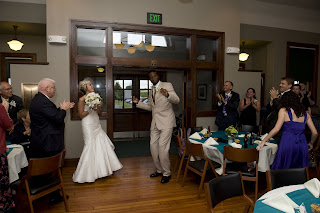 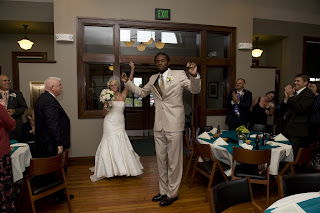 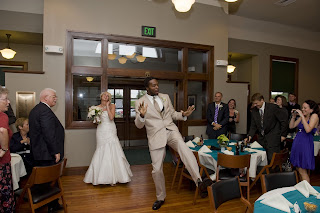 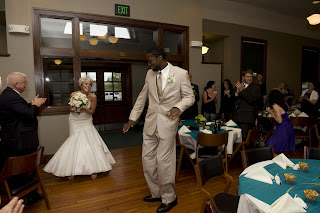 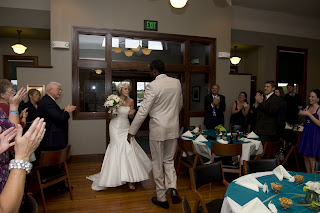 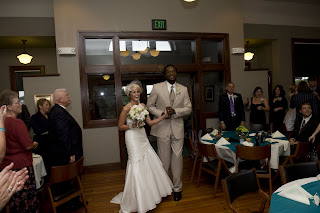 As the evening progressed, we knew it was time to shake things up a bit and get everyone on their feet.  My girlfriends, Erin and Angie, are both from Western Kansas...if you know anything about Western Kansas weddings, the reception is not complete without doing the "Grand March."  I had never seen the dance until I went to Angie's sister's wedding in Hays and I have to say, it's awesome!  Thankfully, they were both willing to lead it as none of us "north central Kansas" folk knew how to do it.

Unfortunately, none of us could track down a copy of the original Grand March song (who knew so many "Grand Marches" existed!)...so I played around with iTunes and settled on "Love Train" by the O'Jays!  Amazingly, the beat worked well and everyone had a blast! 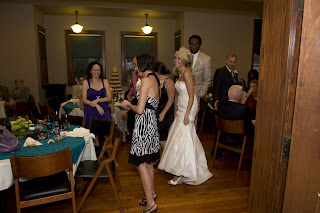 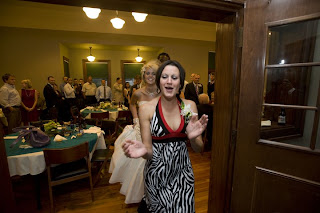 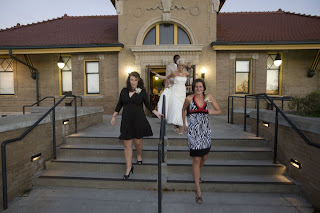 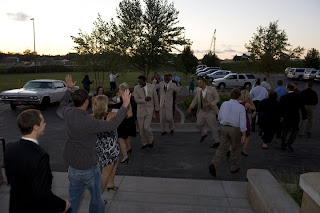 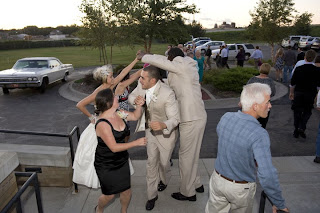 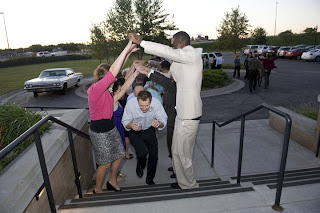 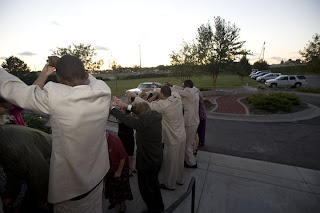 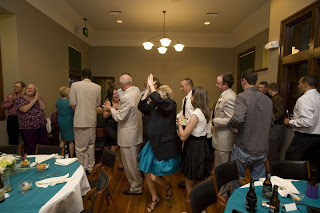 And those were our music selections in a nutshell..not too predictable but not too weird!
Posted by Taddy-Long-Legs & J-Money at Thursday, September 08, 2011

Email ThisBlogThis!Share to TwitterShare to FacebookShare to Pinterest
Labels: celebrations