What We Ate Last Week

Here's another look at this week's menu.  It was another odd week so it's a bit hit-and-miss.  But isn't that how life is?!

What We Ate Last Week 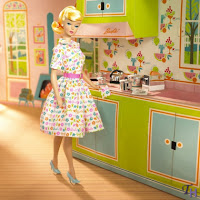 Monday:  Tater Tot Casserole with green beans
Tuesday:  Ham Steaks with basil sweet corn, mashed potatoes and gravy
Wednesday & Thursday:  Oh, boy.  I came down with the stomach flu so there was no cooking OR eating for me.  Justin, on the other hand, took it as an opportunity to eat steak and french fries both nights!

Saturday:  Tailgate food!  The Taddiken/Tillinghast crew always has a plentiful spread of food on K-State game days.  On top of the unlimited appetizers and snacks, Mom served up some yummy grilled chicken and potato salad.  There was no need to eat anything when we got home later that night!

Sunday:  Hot Dogs with potato chips, soda and ice cream at Youth Group.  Justin got roped into assisting with the group.  Then Justin roped me into assisting him.  Tonight was our first night and something tells me this will be an interesting project...

The Learning Curve(s):
* The margarita chicken was a new dish for us--the marinade was basically a can of frozen Bacardi mix and garlic.  Super simple and very tasty.  However, we decided to forgo grilling the chicken and cooked it in the skillet instead.  Big mistake.  As the chicken cooked, the marinade turned into a big, sticky mess.  The amount of sugar in the marinade definitely calls for grilling!
Posted by Taddy-Long-Legs & J-Money at Sunday, September 18, 2011