Since this winter, we have been trying to slowly update the kitchen.  Our justification was that since bungalows naturally have small kitchens, it wouldn't cost as much as a large scale make-over.  Then we realized that regardless of how quickly or slowly you update things, the final price tag remains the same.  I know, a genius moment, huh?  Lol.
In fact, I shared some pictures of what we were wanting our kitchen to eventually look like a few weeks ago.  Do these pictures ring a bell??? 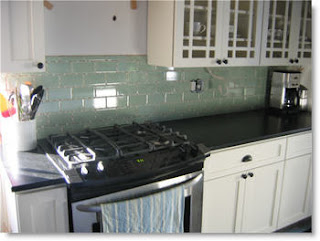 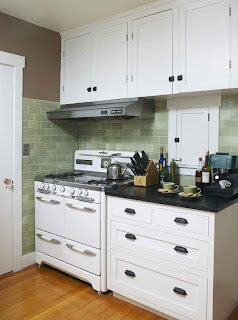 The pictures showed the use of white cabinets, black counters, green glass tile and oak floors.  That's what we wanted but it wasn't the same "style" we were hoping to achieve.
Then, I stumbled across THIS picture.  It's a much more accurate representation of what we were hoping to create...A more modern space with touches of vintage charm. 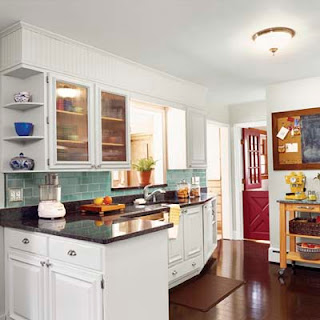 As much as I love the kitchen above ^, the $8,000 estimate to update the kitchen just wasn't sitting well with us.  We weren't trying to change the layout, cabinets or anything like that.  We just wanted to replace the floor, countertops and tile.  After all, this isn't our "forever" home and it didn't make sense to spend that kind of money.  There had to be a way to fix up the kitchen without breaking the bank!
Back to the drawing board we went.  A few weeks ago, I decided to paint the kitchen an Antique Silver just so we'd have some change from the bright orange walls.  It only cost $10--yes, $10--to paint the entire kitchen! Turns out, my buddy at the paint shop mixes up "sample sized" quarts of paint for a little bit of nothing :-) 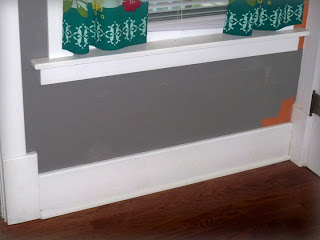 As it turned out, I actually liked the countertops with the grey walls (the hubs was indifferent) so we're keeping them.  Nothing beats a "Free-Dollar" countertop when the replacement counter was going to run $3,000 :-) 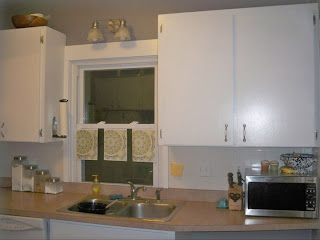 And as a huge ego boost to myself, I found a picture where someone had the same countertop as ours!  Maybe our counters aren't so gawd-awful anyhow????  I just wish my pictures had such good lighting.  If I would stop taking pictures at night, that would make a big difference... 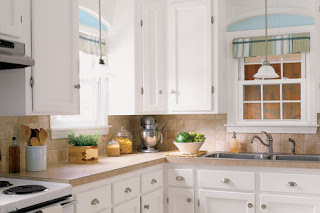 Back to the story...With the use of grey walls and a khaki countertop, it became apparent that we were heading far, far away from our dream kitchen of black granite and green glass tiles.  But hey, it allows us to save big money and surely I could find some affordable alternatives that would still give our kitchen some personality!
First things first--I found some awesome tile tattoos that allowed us to update our backsplash for just $54.  The original quote was close to $1,800 just to have the existing stuff ripped out and new tile installed. I think the tattoos already look great and heck, it's nearly impossible to tell they're not real tile.  Check out the stock photo of the tattoos: 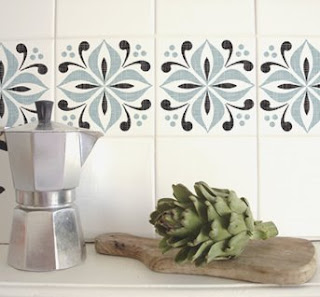 After a trip to Sarah's Fabric in Lawrence, I am the proud owner of 5 yards of fabric for which I will make curtains for the windows.  Hopefully the round medallion print will help soften all the hard lines in the kitchen and add a nice pop of color. 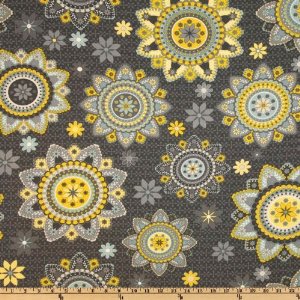 While in Lawrence, I also scored an awesome deal on a LONG, black gel pro mat for the kitchen.  I've been wanting one forever and I'm not sure who's more excited to use it--me, or my feet?!  But I do know it looks great in front of our sink and dishwasher :-) 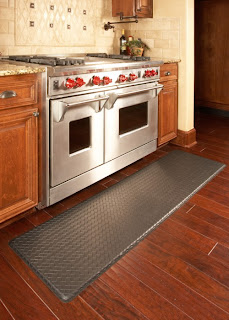 At some point, we need to order this sconce for over the sink...it's much more proportional than the existing sconce and I love the schoolhouse design! 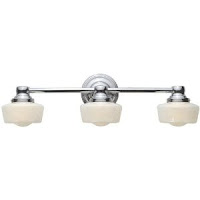 And a matching ceiling light to go with the sconce--our current fixture is OUTdated for sure! 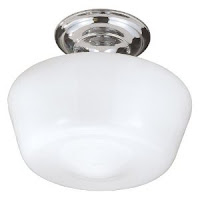 For almost six months now, we have had a range hood sitting in our basement. It's not really doing a good job of venting the air from its' box!  Our kitchen was never wired for a hood but we have an electrician friend willing to help run the electrical for it here in the next few weeks.  It always helps to know people!

﻿
We're working on having some built-in floating shelves installed in the awkward space under the counter.  I'm hoping they can look original to the kitchen and give us some much desired extra storage!  We had been storing our trashcan and recycling in the cubby but who wants to look at our rubbish?!  Oh, and I apologize for the quality of this photo--I busted the camera lense on my phone earlier this Spring.  Oooops. 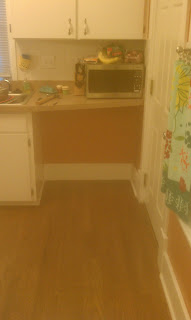 Finally, we need to finish up the accessorizing! I would love to get new hardware for the cabinets but I just haven't found the right pulls yet. In the meantime, I am displaying a bunch of my yellow enamelware that we received as wedding gifts above the cupboards. I also saw some super cute plates and canisters at Pier 1 that would look great mixed in with all the enamelware! 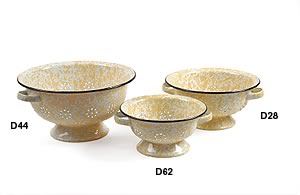 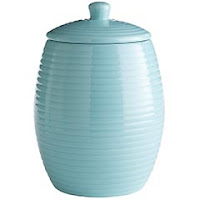 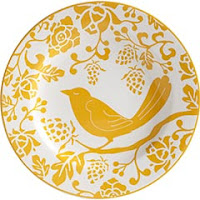 ﻿
The kitchen currently has some Multiple Personalities Disorder going on right now--you can see bits of the "old" kitchen peeking out just when you see hints of the new style emerging.  With school starting soon, I'm not sure when we will get everything done and when "the after" pictures will be ready to post.  Regardless of when it's finished, it will be nice to have a "new" kitchen that didn't cost us an arm and a leg!
Posted by Taddy-Long-Legs & J-Money at Thursday, August 04, 2011