I received an email from one of my CASA coworkers today saying our office has adopted a family for Christmas and they were wanting to know if I was interested in helping.  Ever since I have been with CASA, it has been a tradition to do this so it was an easy YES!  I will admit that I'm always hesitant about spending the money, though.  By the time Christmas rolls around, we're tapped out.  Our major annual expenses are due in November and then we have our own gifts to take care of.  And I just feel plain broke by the time I need to pick something up for Secret Santa. 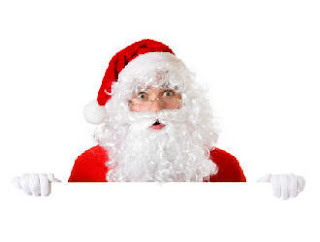 But you know what?  I would rather spend money on someone who is really going to appreciate their gifts...it won't be "just another _______" that gets shoved in the back of the shelf collecting dust for who knows how many years.  I still remember the time I was doing my internship at CASA and we delivered gifts to the family who we were responsible for.  It was so heartwarming to see the kiddos smile and holler with excitement as they received their presents.  Don't get me wrong--I appreciate any gift that I am ever given...but I couldn't imagine being a child and wondering if I would get a birthday or Christmas gift this year.  And if not, what do you tell people when they casually ask, "What did you get for your birthday/Christmas?"  Do you just make something up and hope nobody knows the difference???
In the end, I always feel good about buying my Secret Santa items and feel super guilty for originally thinking "but I can't afford it this year...."  For many kids, this is the only time of year when they get something new.  Heck, my own Grandma once told us that when they were kids, they were so broke that they received only 1 doll for Christmas...and that was ALL they got throughout the entire year.  And here I am, in the course of 12 months, spending money on food we don't eat, unworn clothes that get thrown to the back of the closet and God knows what else kind of wasteful spending I do.  But having the financial ability to spend a few extra dollars at the end of the year and knowing it will bring a smile to a child's face is priceless :-)
Posted by Taddy-Long-Legs & J-Money at Tuesday, December 14, 2010