I am not good at this whole daily blogging thing.  I give up!  Obviously, the only ones who can successfully do it are the ones who get paid for their time...and that's something I haven't had much of lately!


Anyhow, I'm thankful for old people.  Always have been.  In fact, my first two jobs out of college dealt with old people and I LOVED it!  They say what they want and do what they want--which as long as the negativity isn't directed at you, it's pretty entertaining :-)  But they can also teach you invaluable life lessons that other people just can't teach as effectively...when I worked at the HUD Senior apartments, that's pretty much when all my partying and spending went from high gear to a dead zero.  Talk about a wake up call! 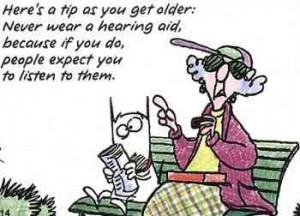 I took Mitzi to Petco this afternoon to get groomed...as we were waiting at the counter, this old lady who was easily pushing 80 shuffled over to me and asked what kind of dog she was.  I kindly replied that she was a little Maltese and the lady said, "Ohhhhhh, I have a Peek-a-Poo at home and she looks almost exactly like your dog!"  I proceeded to make some comment about how I'm sure her dog was cute and then the groomer came out to talk with me and the lady went about her business.
A few minutes later, the old lady was back and had a 5x7" professional portrait of her dog to show me!  I'm used to old people carrying around pics of their grandbabies...but of their dogs?!  She was right, her little dog looked almost like Mitzi but it's hair was a bit curlier.  She was so PROUD of her dog!
I came home and told Justin what happened and he looked at me like the old lady was crazy.  But I still think it's awesome!  Apparently, she loves her dog quite a bit to have professional pics done...and it wouldn't have been the same if it was a 40-yr-old who had the pics taken of their animal.  In fact, I'd start wondering about some possible co-dependency.  But you know what? I'd have no problem being the 80-yr-old lady going around showing random strangers pictures of my dog :-)
Posted by Taddy-Long-Legs & J-Money at Tuesday, December 21, 2010